I would never have expected such a result. Working for my big Kodak DCS200ci-report for the German digicammuseum.de I took the DCS200Ci to the Basektball-Gym. ISO at the 400 DCS200ci-limit, 1,4/50 mm AF Nikkor wide open, shutter 1/1000s. That’s what I got: 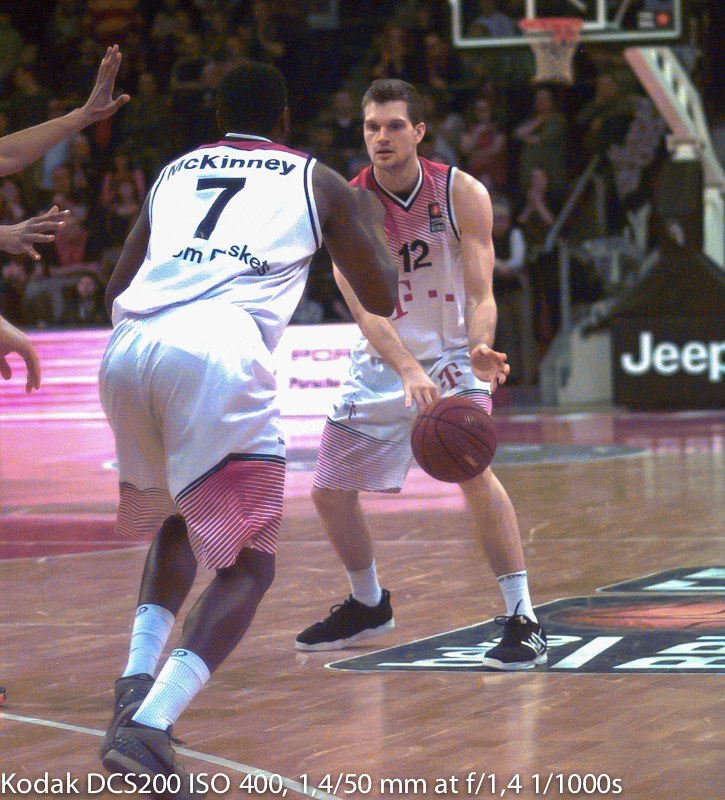 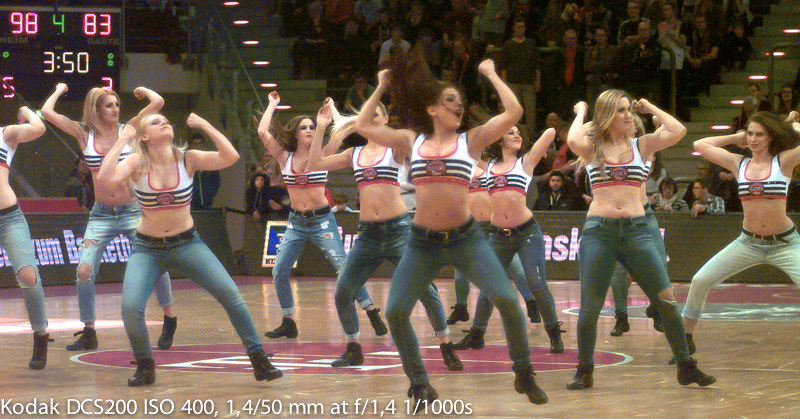 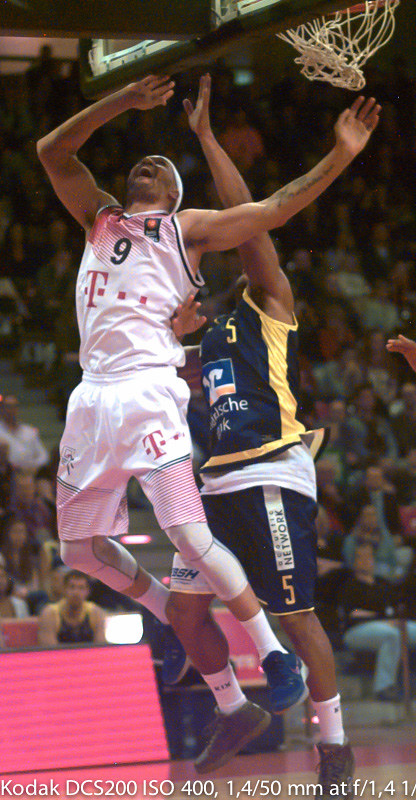 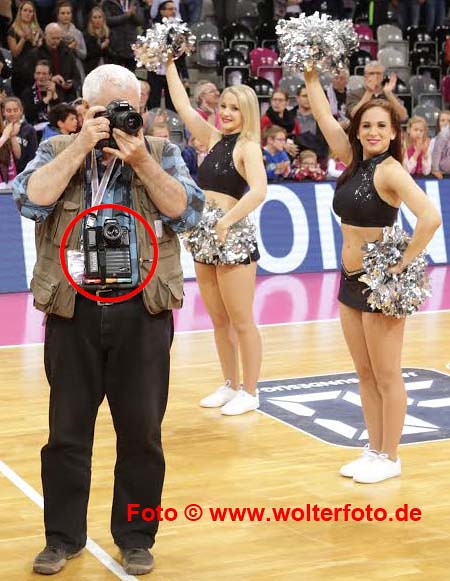 If you wonder about the strange „thing“ under the Kodak DCS200ci-body: that’s my new „electric power supply“ for the DCS200ci. The spiral cable coming out of the DCS200 battery-box had a loose contact and needed to be replaced. I chose a simple cable with clip-contacts and fixed the battery-holder with hook-and-loop tape (Velcro® strip). It works perfect. That's impressive! I've used my old Kodak's out on assignment and have gotten similar results.

Check out the galleries on my Flickr page: https://www.flickr.com/photos/nikonman24/albums
Top

Great job! Just clicked your flickr-pics. I’m impressed! Your work is my absolute favorite „style“. No - boring and only - collection of the fantastic old DSLRs, trying to take photos with these real treasures!

If you have time you can click the following links. Please use GoogleTranslate.

Well, any of these older cameras will always produce the same results as they did when new. And, it is good to fire them up fairly often to keep all those capacitors inside them working. Those components tend to fail when left unpowered for long periods of time.

The good part is we get to use them when we think about keeping them operating. In my case, I have a 760c and, at this time, it is the only DSLR I have. I had both a 720x and a 560, but let them go to others who still wanted to use those models for paying work. Come to think of it, that is why I let all the various DSLRs go over the years. But, I was getting the latest and greatest for years there, but jumped off that bandwagon after I became tired of always overspending.

One thing to consider when using older models. The processing software and computers. Eventually, the software will stop supporting older stuff, and then the older versions of the software will stop running on newer hardware and operating systems. So, we all need to give some thought to having enough older equipment to support ourselves when the time comes that we realize the latest stuff no longer processes our older image files.

I have been dealing with this for years now when it comes to older radio gear. Programmimg software that runs under DOS and on nothing faster than a 386 at 25 MHz, for example. In time, it will happen to digital image processing. In fact, it has for some models already.

Stan wrote: One thing to consider when using older models. The processing software and computers.

I would be lost, if I hadn't bought that 1 Euro/Dollar Windows 98 Tower PC 2 years ago. But SCSI with Windows had been pure horror most of my tries :-( Anyway it worked when I used my Kodak/Canon DCS3c with Windows NT 1998 and SCSI. But now I use an Apple Macintsosh G3 with OS 9.01. Just connect devices via SCSI - it works! If a serial connection is needed, you can fiddle with USB/Serial-Adaptors and even virtual Windows-versions under VirtualBox in Mac OS 10.x/11.x - sometimes... I am using a dual core Mac G5 with PhotoShop CS3 with my 760c. I have two machines, they were once the prime units for our screenprinting business. Now out of a job there. We always buy in pairs, so I am likely set on that score.

I also was once into IBM x31 small notebook machines for my engineering work. I have five of them these days, used for various non-engineering related things. So they have the last PhotoDesk and PhotoShop 6, 7 and 8 on them. Again, I think I am set.

So, both Mac and PC options. Handy.

Also, lots of spare parts. Ebay is grand for picking up spare parts on the cheap.

I am still working with my old Nikon D1 and D1H. Very nice images up to A3 format print. I use an old PC with Windows XP and a very interesting software: FAScinator Photostacker Pro 1.10 introduced in 1994! by Ultima Electronics. Just 2 diskettes (= less than 2 Mb.) but offering everything you need to adjust images (if needed). My D2X has done 346,000 clicks (!), but is still working as it did the first day.

for those that are interested you can open/save files in Photostacker:

So no problem to open images made with the very first digital cameras.