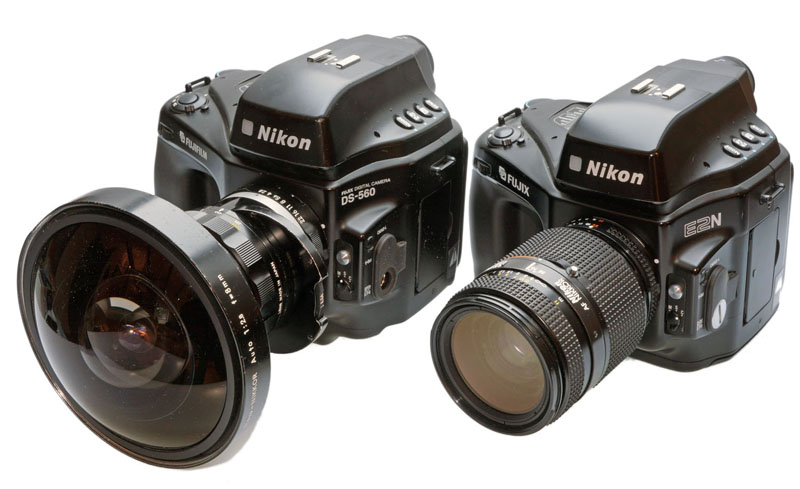 It's been a while, but for 60 Euros/Dollars I don't leave a "dinosaur" like the FUJIX Nikon E2s. Complete with battery, charger and battery dummy adapter and – working.

No surprise that the batteries probably have not been charged for 20 years. The existing two batteries are dead. Because I didn't feel like cracking one of the two battery-blocks as gently as possible with the help of an oscillating saw to change the single cells, I used a somewhat “brutal" but effective method. 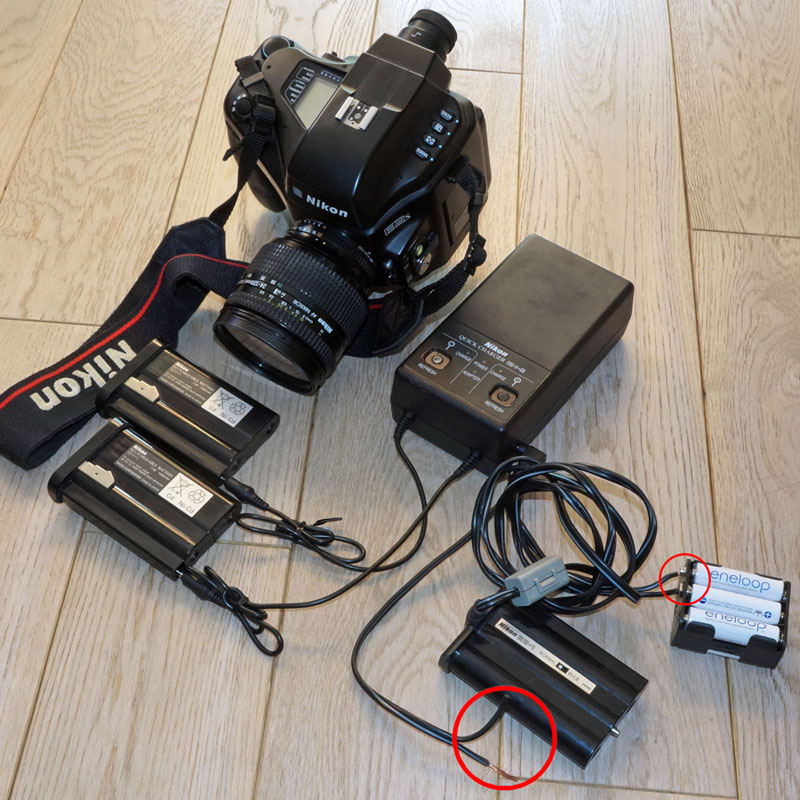 Without further ado I cut the cable of the battery dummy adapter preserving the end with the Nikon-/Fuji-plug. After checking the polarity I soldered the cable directly to the contacts of a battery holder for 6 1.2 Volt NiMh batteries of size AA. Somewhat uncomfortable with the long the cable but it works!

Should a reader – Hi Stan Disbrow

– have a better idea for cracking the batteryblock for cell replacement? The existing cells are NiCd and you have to take now current NiMh-cells. 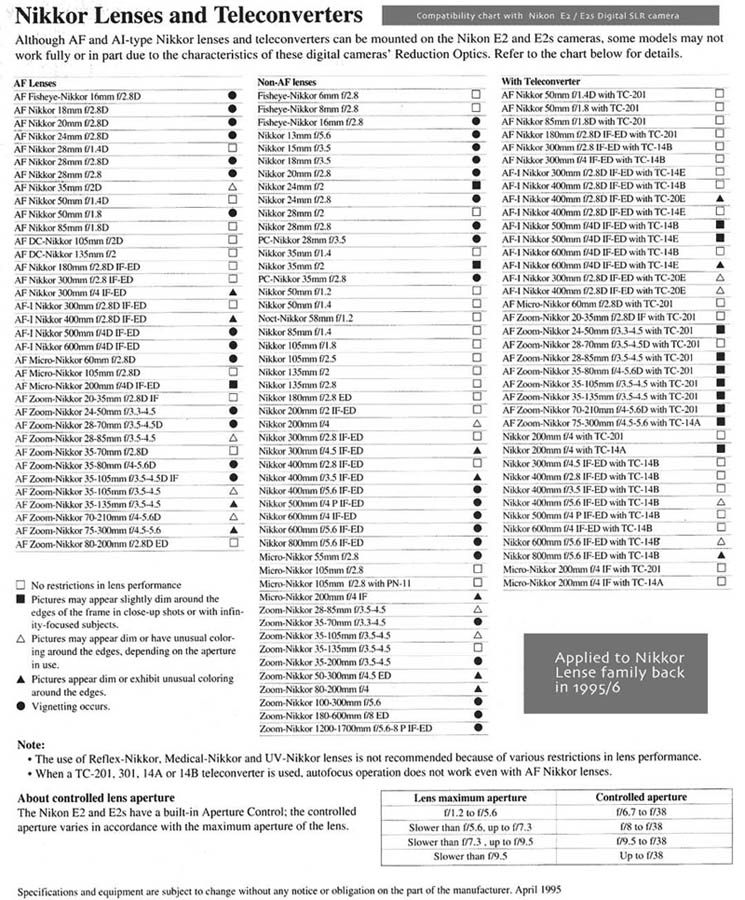 Here you can find my final report about the Nikon E2s – Please use Google Translate:
https://www.digicammuseum.de/geschichte ... -dslr-e2s/
Last edited by NikonD1X on Thu Sep 19, 2019 6:00 am, edited 2 times in total.
Top

I open packs using a flat blade Xacto knife in the big fat handle. I use it like a chisel with a small ball peen hammer. This, along the seam between the two clamshell halves. A small vise to hold the pack comes in handy as well.

You will have to use NiCd cells as the E2 charger with the round plug will overcharge NiMH cells and then they pop and go bad. NiCd cells are still available. Even the tabbed ones you need to rebuild packs.

If you have an E3 pack, they were NiMH and used the same plug as the D1. And, if you don't have an E3 charger, a D1 charger will charge an E3 pack just fine.

I suppose you could use the guts out of a D1 pack and a D1 charger. Might be a bit of extra work to graft the D1 socket into the E2 pack. Might need to use other handles and blades out of that Xacto set. Maybe even need a Dremel tool.

Don't feel bad for the pack. I was just talking to a guy this week who bought an EN-EL4 New Old Stock pack from 2012. It looked good. Charged up, showed a good reading in the camera, took photos. Then, he let it sit three days. Not working now. Charges up in a minute or two, but won't work in the camera. So, it isn't just ancient E2 NiCds that get Sit-Itis. These newfangled Li-Ion don't like sitting either!