some cameras in my collection :

Here are some numbers for the list from my personal collection:

Have nothing better top do than look at the numbers on this thread today, inspired by the new thread...

Looking at the Nikons, I see a single E2Ns and Eleven E2N cameras that have the 71000xx numbers.

No camera has been seen with 71100xx serial number, as a matter of fact the only batch that has that extra "1" has been 74100xx

Although some Nikon cameras have been recorded with serial numbers ending in 3 digits(ie 7300112), there are no Fujix cameras with that distinction.

I wish I knew some of Prototype serial numbers... 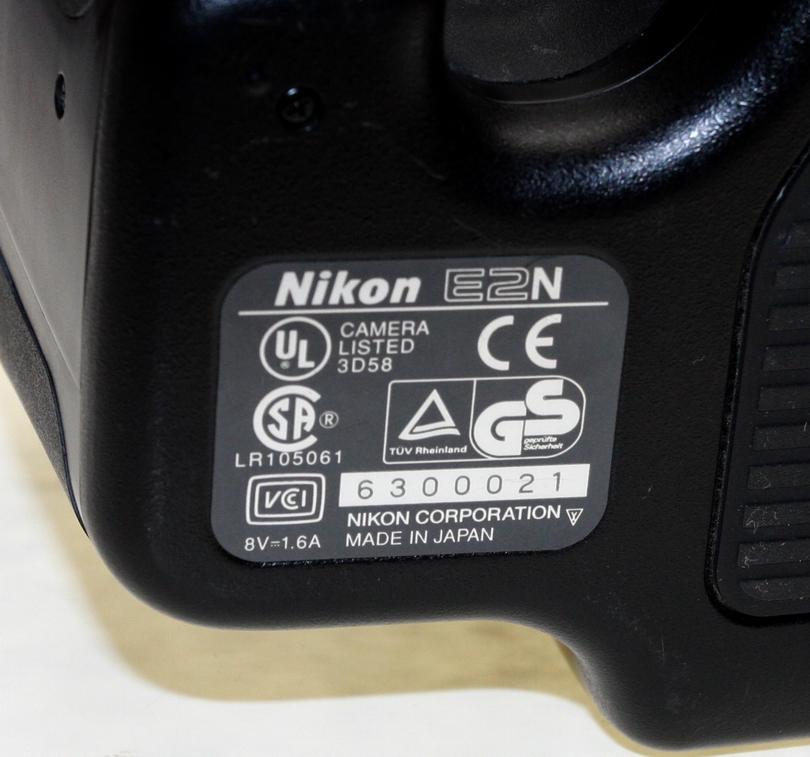 I've been collecting these for some years now; they used to show up on eBay rather regularly and sometimes inexpensively, but now they don't aside from a few of what I call "sucker listings" (Buy It Now listings with excessive prices which get re-listed for years in the hope a less informed buyer comes along and buys).

Anyway, I figure I should add my collection to the listings (minus one which is already in the database):

Could it be that the DS-515 with the 5100001 serial number is the very first off the production line..? I haven't heard of any with 1994 date codes, so perhaps it is. This one actually came with its original box (with matching serial number) and packaging minus one of the styrofoam blocks.

Also, regarding the two Nikon E2s cameras with consecutive serial numbers -- both were bought on eBay; oddly, the two listings ended within a few hours of each other, and were from two different sellers on opposite sides of the continental USA. At least one of them didn't have a picture which showed the serial number, so I had no idea that they'd be consecutive numbers until they arrived (on the same day, at that). Strange, eh?

I sometimes wonder how these cameras were originally purchased and used; the Nikon/Fujix SLRs tend to be in pretty good cosmetic shape, thus suggesting they were primarily used in studios or other locations where they wouldn't get knocked around too much. Compare this with the typical Nikon D1 or Kodak 400-series and N2000 cameras, which often look like they spent their lives in a war zone. I've been casually on the lookout for the most beat-up, worst-looking D1 that still works -- and they usually do; I even got one "beater" once where the lens mount had actually gotten *bent* to the point where it was difficult to mount a lens and the AF motor "screwdriver" connection didn't mate. I replaced the mount with one from a junk N8008 (I think) and it worked fine afterwards. Man, those things were indestructible...
Top

I first saw these being used at a hotel ballroom, snapping prom portraits. I used the ones I had for product shooting. I suspect most of them were used in a similar manner. They really did not lend themselves to the sports and news work that the Kodaks were so good for.

I used a D1 and a 620x for a long while shooting motorsports. The D1 in daylight at the road courses, and the 620x at night under the lights at circle tracks. Neither place was conducive to the cameras staying pretty....