Probably too little, too late. The back side looks a bit awkward, but might be a fun toy.

Hmmmm. Yes, a little late. But, then, in the video he says it took thousands of prototypes to get here. Man, if we took more than four turns of the prototype crank we'd have been in trouble!

Maybe he is adding up P units built, not cycles. We always ran a final Pre-series to demo manufacturability of 2500 units. Real prototype runs were 100-200 units per cycle.

Looks like it uses a prism or a mirror box. That has to be what the 'doghouse' on the back is. Other than that, it looks rather familiar.....

Personally, I wish the 'roll of film' unit had made it. Back around 1998, if anyone recalls what they called that idea. It escapes me now.

Edit: It came to me. Silicon Film. That is what it was called. 1.3MP and 36 shots IIRC. Stillborn, also, IIRC. Plus there were some other attempts between now and then. All vaporware, I think. At the time, it did serve to wake me up and then find a used Nikon E2.

The E2, in turn, made me grab a D1 as soon as I could find one in stock. And, then a Kodak 460 for more MPs.
Amateur Photographer
Professional Electronics Development Engineer
Top

I see several Nikon back covers. F, F2, F3, etc. Even the FM and FA. So, it might be something fun to play with. I was thinking about grabbing an FA once I get a Df just for comparison. I had an FA long ago and it was my favorite film body. The one I kept, though, was my F4. It hasn't had batteries in it since, well, seems like forever now. But, the F4 was my choice alongside the original D1. Now, I would choose an F5, but there is no point since I never shoot film any longer. But, I digress.

I see where this uses an 8 MP or 16MP (depends on just who wrote what and when) Panasonic camcorder sensor. They stick a focusing screen where the film goes, then mirrors down to lenses at the sensor. That explains the 'doghouse' on the back. This seems to me to be 'the same thing only different' to the Reduction Optical System the Nikon E series used. In the end, they match the optics to the sensor. Full 35mm frame with a much smaller sensor.

I guess you set the camera shutter speed longer than the digital exposure? This part is unclear. I did see a reference to Bulb mode, so maybe you get to hold it open for a while with your finger.

The whole contraption looks like a real pain in the butt, unfortunately. I’d rather get some rolls of film.

Yeah. Folks who think the Kodak digital backs on Nikon F5's looked kludgey ought to see this.

Imagine if Nikon could put a sensor into something like their old data backs, like the MF-23. One should think that a team of clever engineers should be able to make it work. That would really be something!

The current state of microelectronics would certainly allow for this. But, they won't do such a thing for economic reasons. There is more dough in selling an entire unit. And, what we see in the Df is probably a one-off. From my reading up on it, they still haven't sold them all.

Do you remember this? 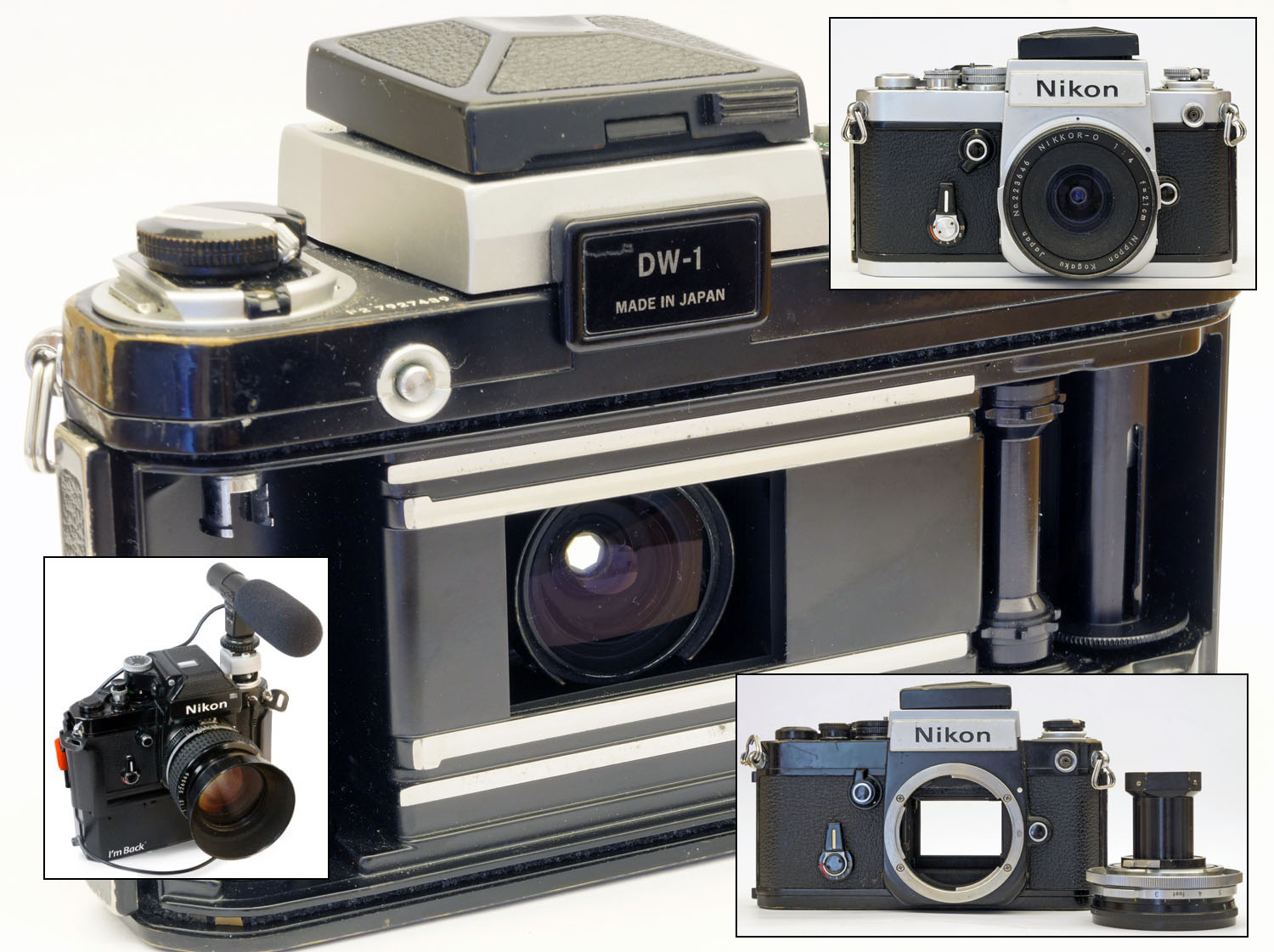 I had been in Cologne at the Photokina. Yes the digital back exists! It’s called „I,m Back“. I have visited the booth and ordered a sample. It should be shipped beginning of November.

How does „I’m Back“ work? Please look at that foto: 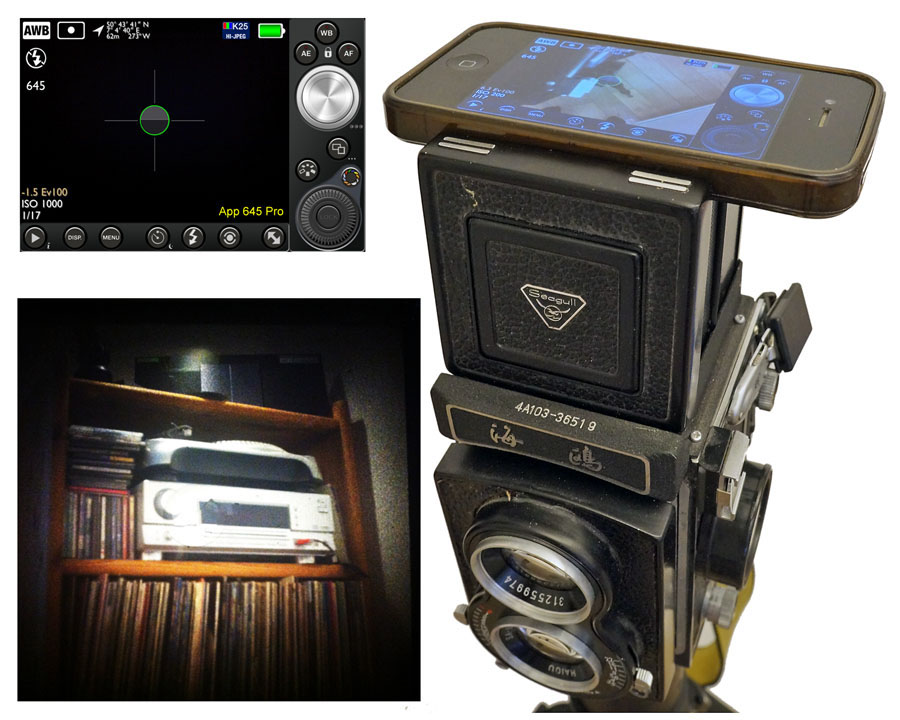 Very primitive, but that’s nearly the principle. The Quality stands an falls with the fine graininess of the ground glass screen to take the foto from. Just took my Seagull and iPhone to take a foto of the Seagull ground glass screen…

Or do you remember this? 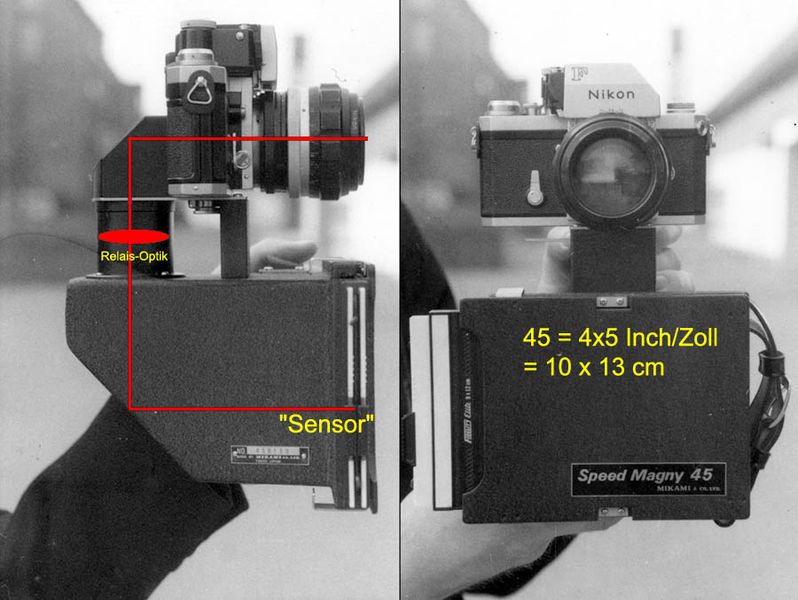 Change the 4x5 Inch Polaback with a digital sensor: that’s coming very close to „I’m Back“.

OK, if you are interested I can publish a report here in the nikonweb. Maybe in December.

PS.: I don't expect miracles but I would like to mount my 2,1 cm to my F2 an take digital fotos. OK, I could use film and digitize the film…
Top
Post Reply
8 posts • Page 1 of 1